Choices, choices. So, would you like your $5.4 million Bugatti Divo dressed in a nice shade of French Blue with navy leather? Or how about hot yellow with an orange interior? It seems that there are plenty of options for the 40 examples being made.

With the first batch of 1,500 hp Divos just now being delivered, the French marque has been offering a little insight into how customers have been customizing their cars by releasing these four examples of bespoke configurations.https://e13299691a8f25b4d5d7582c85c36fd9.safeframe.googlesyndication.com/safeframe/1-0-37/html/container.html

Everything from a raw carbon exterior with red and blue stripes—and a crazy red, gray and blue interior—to eye-popping yellowy-gold with black paint and a black-with-yellow interior.

“Almost every wish that makes a Bugatti unique? We can make it come true,” explains Laure Beneteau, Bugatti’s sales and operations Manager who is also in charge of vehicle customization. 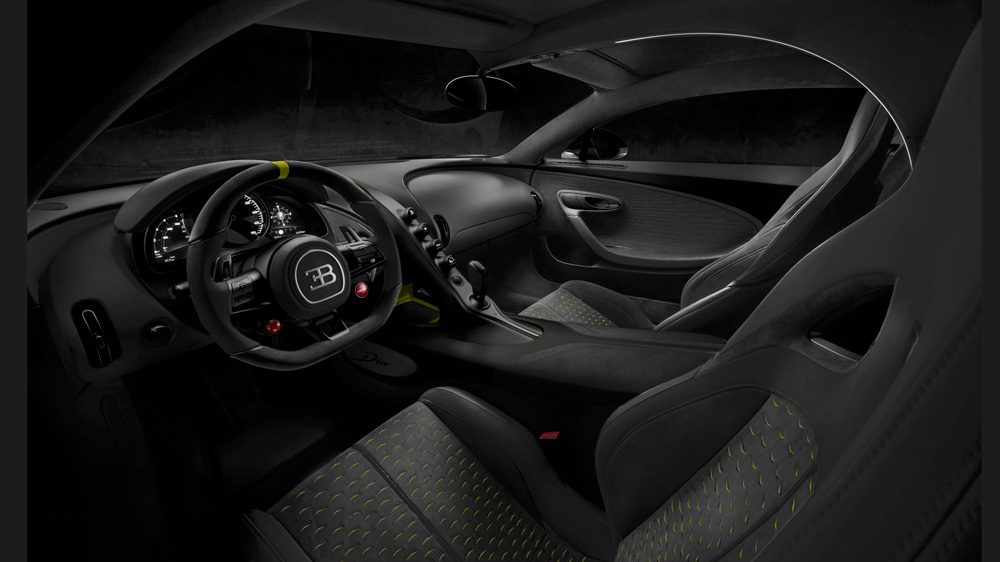 That can include everything from family crests, to national flags to company logos. Your kids’ footprints embossed in leather? Someone did that with their Veyron. Same with a spouse’s first name embroidered in door pockets. One passionate Divo customer worked with Bugatti’s customization team of 15 designers and engineers for an entire year perfecting their car.

“It can take up to four months just to develop a new paint color, nine months for a new leather and up to a year for a new carbon interior,” explains Beneteau. 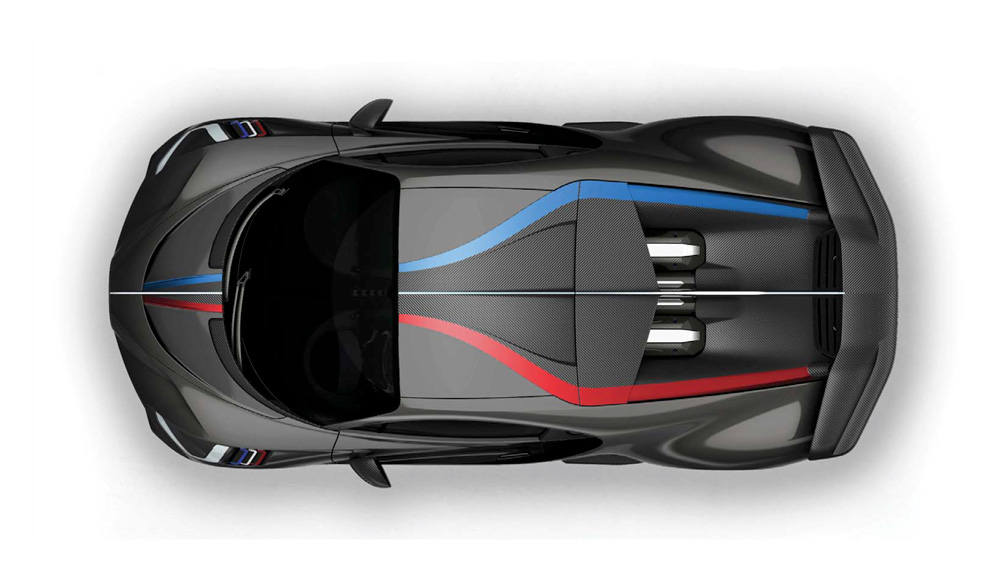 One option that carries the colors of the French flag inside and out. Photo: Courtesy of Bugatti Automobiles S.A.S.

According to Beneteau, the bespoke process kicks off with a visit to Bugatti’s headquarters in Molsheim, France. There, the client is introduced to a personal team of three designers who hear requests and go through what’s feasible. 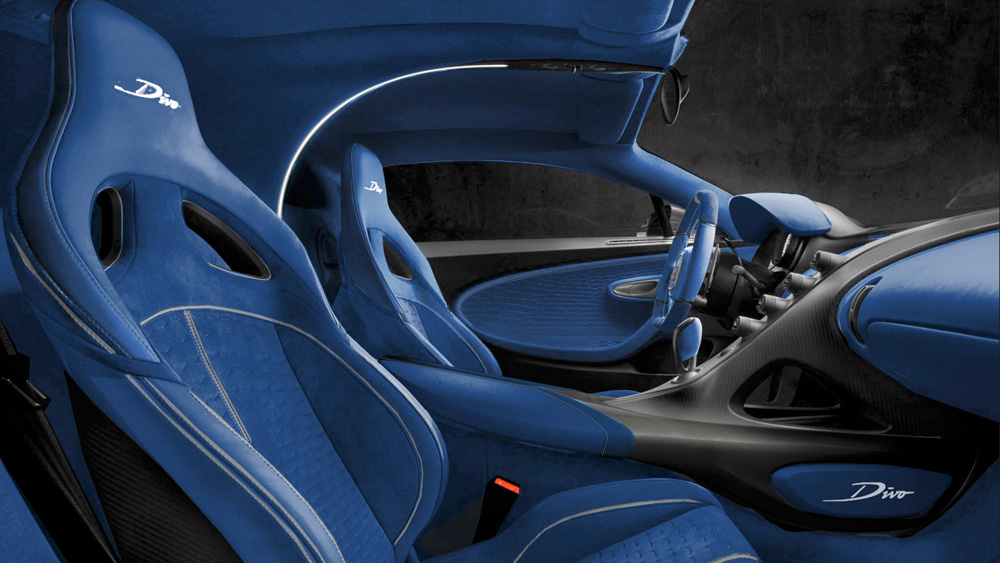 A study in blue. Photo: Courtesy of Bugatti Automobiles S.A.S.

As you’d expect, the choice of paint colors is unlimited. Same with interior trim. The only stipulation; nothing can compromise vehicle safety—or mess with that iconic Bugatti logo. Throughout the build process, customers get up-to-date photos sent every two weeks.

What that roughly $5.4 million buys – and don’t forget all the extra customization expenses—is essentially a Chiron created for cornering.https://e13299691a8f25b4d5d7582c85c36fd9.safeframe.googlesyndication.com/safeframe/1-0-37/html/container.html 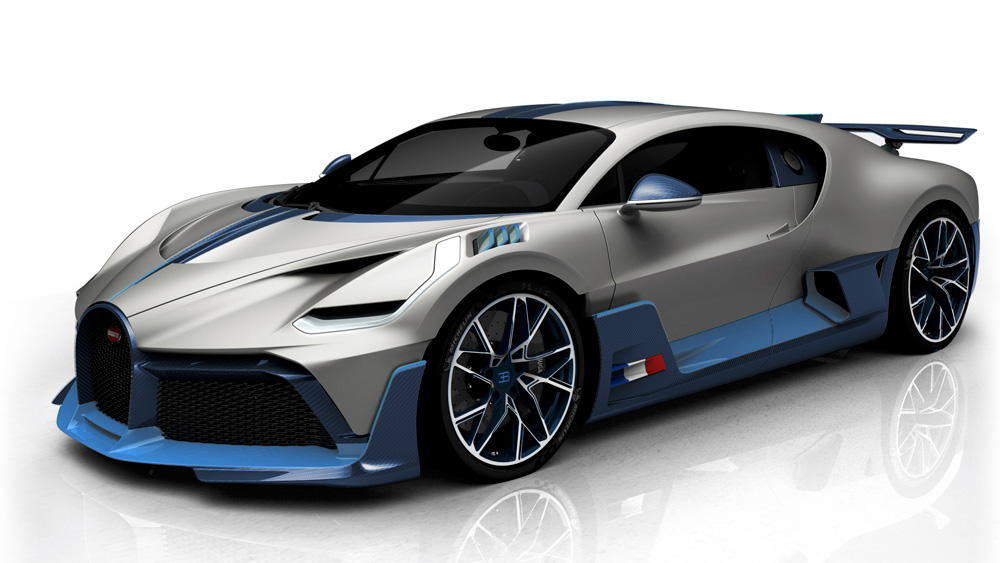 While the Chiron’s 8.0-liter quad-turbo W-16 is unchanged for the Divo—it still makes 1,500 hp and 1,180 ft lbs of torque—a 77-pound overall weight cut, 198 pounds of added downforce and modified suspension help increase handling performance. As far as each example’s individual appearance—that depends on the agility of the owner’s imagination.

17 Luxury SUVs for High-End Comfort Behind the Wheel
admin December 8, 2020

In a world full of luxury magazines and online websites, Circle Luxe will be the leading voice in the global luxury media. Its discerning audience around the world has a shared appreciation and desire for quality, exclusivity, heritage, taste, latest fashion, luxury news and fine design. It is the brand the most successful people rely on to discover the ideas, opinions, products, and experiences that will matter most to them.  call us on : +961-3083340 (Lebanon)+1 (571) 218-9494 (United States)